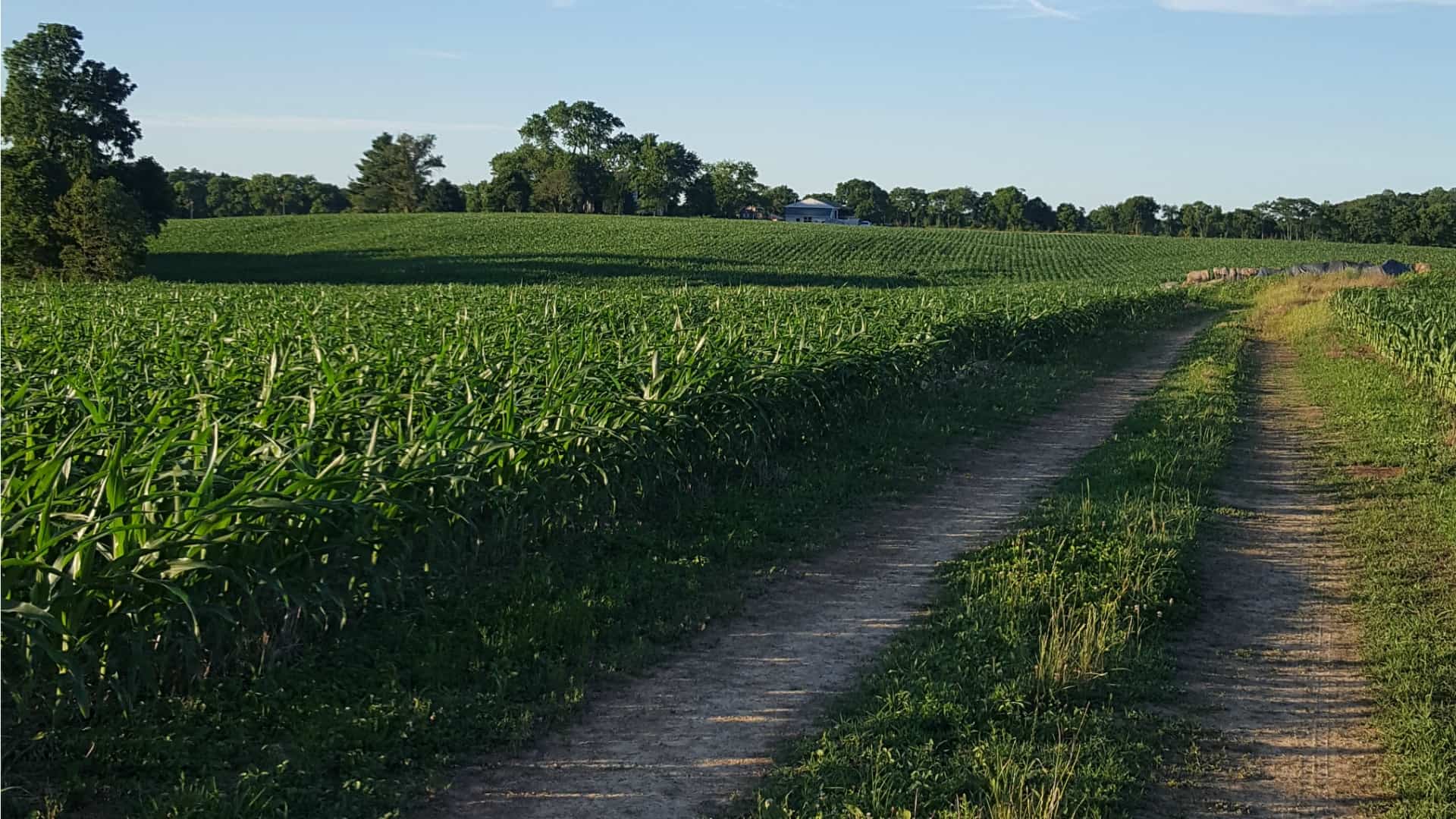 Growing in the Midwest, farm lanes were a thing. It was a cropping region, with no livestock, other than seasonal 4H project animals. With little livestock, there was little fencing, and fields weren’t planted fence row to fence row, like we plant here in Virginia. It was more ditch line to tree line, but with one major difference. The tilled portion was pulled about ten feet or so off the field perimeter, allowing vehicle access around most of the field. Farmers could move equipment from field to field without driving down the road, or doing damage to the crop.

My Mom and I used to trail ride along these farm lanes when I was a kid, on a network of trails that extended from our house, to the state park, three miles away. I don’t know that we ever had formal permission to ride on most of these farms, but my mom was the mail carrier, and by virtue of the fact that everyone knew her, we were either welcome, tolerated, or at least conveniently unnoticed. We were quiet, stayed out of the fields, did no damage.

By the time I was in high-school though, dozens of subdivisions, and the accompanying dirt bikes and five-acre land barons arrived. Newcomers didn’t want trespassers. Farmers didn’t want their fields torn up. So gates went up, fences went up, and within a few years time, the grid of farm lanes and wood lot trails was gone.

Fast forward a few years. It didn’t quite occur to me when we got married, but Scott was of the fence-row to fence-row school of planting, while I remained in the “let’s back off the property line a bit” camp. As it turns out though, he liked the idea of being able to ride or drive around the whole farm. Our fence is thirty feet off the property line, the resulting lane mostly suited to horses and mules, though, thanks to our youngest son, a few dirt bikes go through on occasion.

We can readily maintain the fence with this easier access. The fox hunt comes through a few times a year, as well as neighbors looking for stray cattle. And we can move equipment between fields without needing to open any gates. My kids can use the connecting trails to get to work without driving down the road, and I can get in a four mile run without pounding a single bit of pavement. On Sunday afternoons, particularly in the fall, we like to just walk around.

Like most things on a farm, trails need to be maintained. Grass grows, trees fall, and paths wash out. It’s not overwhelming by any means, but it does need to be taken into account. Mowing twice a year goes a long way toward keeping your lanes passable, and enjoyable.

Access may need to be controlled, but with the prudent use of fences, posts, gates, and logs, you can restrict certain types of traffic. For instance, a section of old telephone pole can keep motorized vehicles out, while allowing horses in. Padlocking gates at certain times of the year is common, while landscaping, trail cams, and secondary fencing can help make sure your privacy and security are preserved when you have trails through your farm.

Along with a well-placed driveway, the farm lanes, logging tracks and old roadbeds can be a critical part of your farm’s recreational infrastructure.