About All That Mud 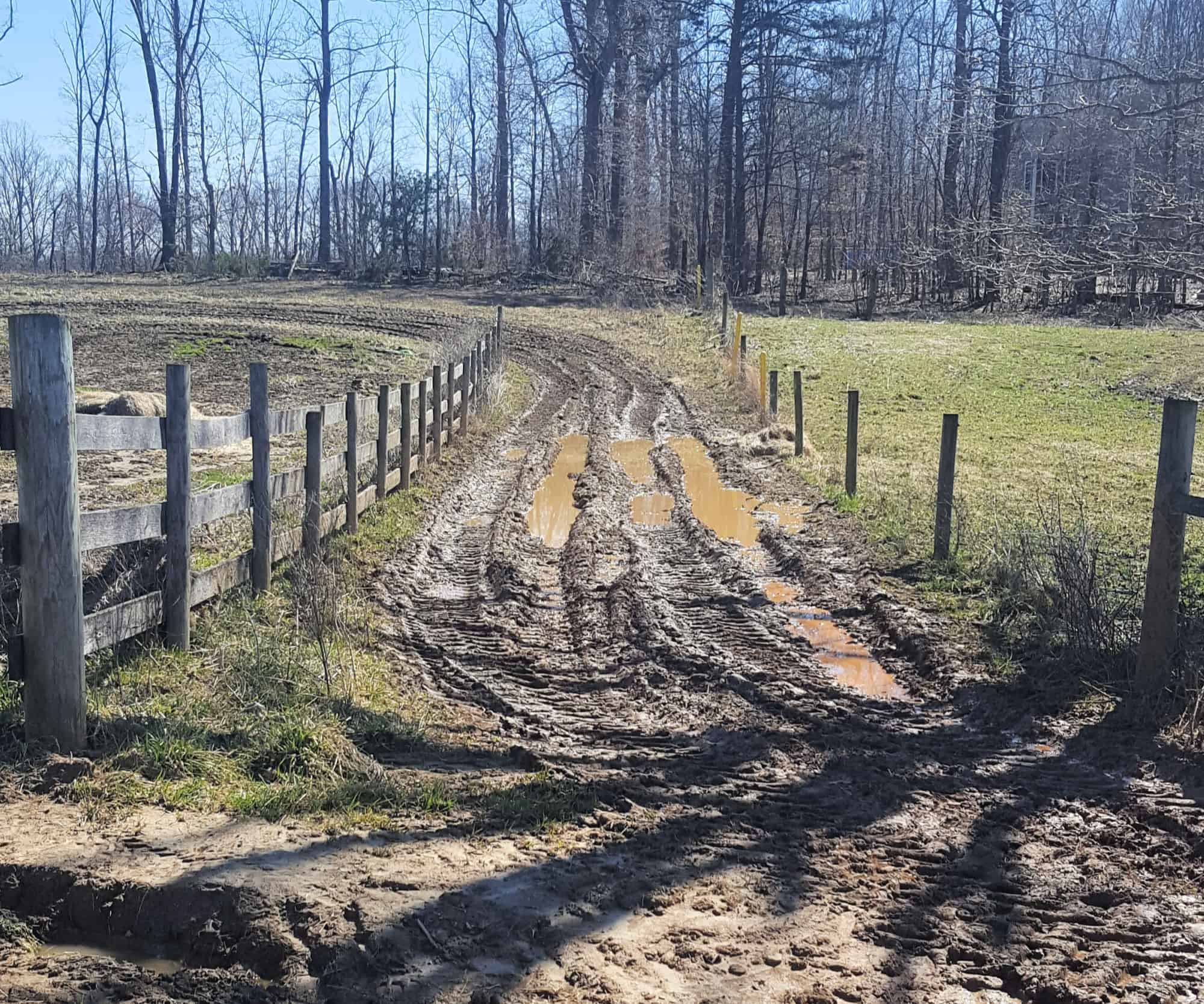 It looks terrible now, but in another month, a little dozer work and vigorous green grass will remove any vestiges of these ruts.

These cows are waiting for me to remove the wire between them and their new "break". Rotationally grazed pastures can provide adequate, high-quality forage well into the winter.

Graze 300 is a concept, an ideal, and a goal that’s gaining in popularity (and practicality) here in central Virginia. The objective is pretty straight-forward – ensure that cattle derive their nutrition solely from pastures for 300 days out of the year. The other 65 days, cows are fed hay, either because the pastures have been grazed entirely, or because of weather extremes, like mud, ice, or excessively dry periods. Some years it’s easier, some years it’s harder, but, since feed costs are typically the highest expense a cattle producer faces, it’s a worthwhile goal, since managed pastures can provide a very high quality feed at the lowest possible price.

Grazing cattle for 10 months out of the year relies on a process called “stockpiling”. In late summer, our predominant cool season grass, Tall Fescue in central Virginia, is fertilized, if needed, and allowed to grow without being grazed. It goes dormant with the cold of winter, but the accumulated plant mass provides an high quality feed for cattle. It’s rationed out to the cows, using temporary fencing set up as “breaks”. And depending on the weather, cattle can make it a pretty good ways into winter before they need hay.

Like all years, year 2018 – 2019 has been a challenge. With the record rain we’ve experienced this year, some of our fall planting, fertilizing, and fence work didn’t get done, resulting in more cows on less grass. So we’re feeding a lot more hay than we normally would.

When farmers start feeding hay in the winter, cows are typically fed in one field – the “sacrifice” field – so that the damage from tractor ruts and hoof prints is limited. If the ground stays frozen, the mud and ruts are limited, but this year, the mud and the ruts and the plastic – the “bale wrap” that protected the hay before it was fed – are particularly obvious, and at some level embarrassing.

But as the days get longer, and as the soil temperatures rise, the grass in coming on, signalling an end of winter.

And within the next month, the plastic will be gone, the ruts will be filled, and vigorous green grass will replace the mud. 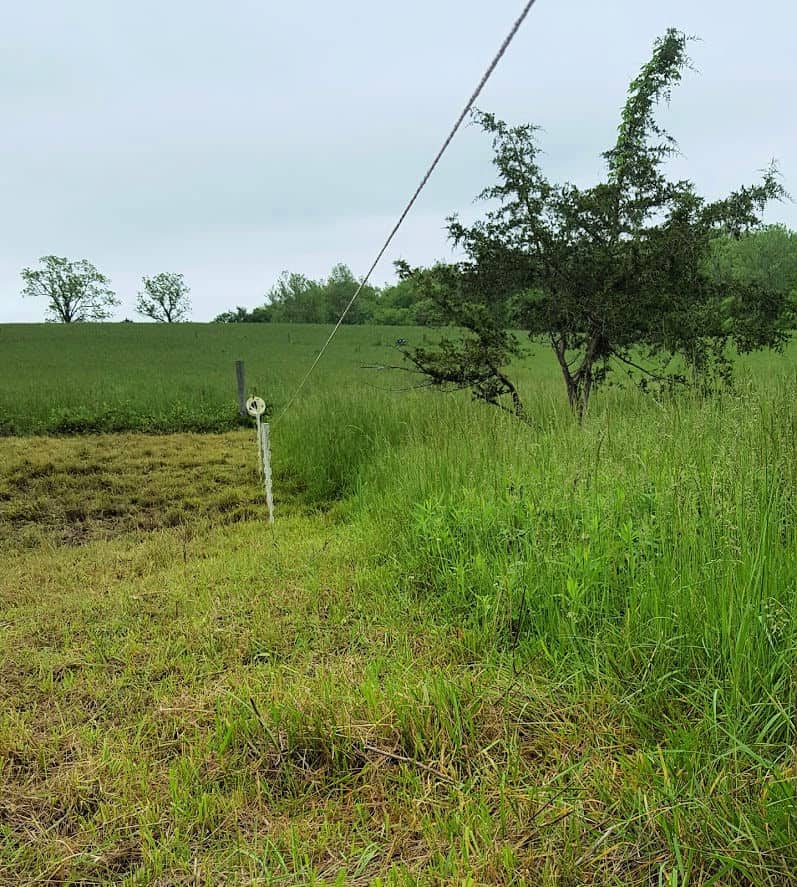 At the left of the wire is where the cows have grazed down the grass. To the right, is their next "break", fresh grass that hasn't been grazed or trampled