Shippin’ Up to Dublin – Part 1 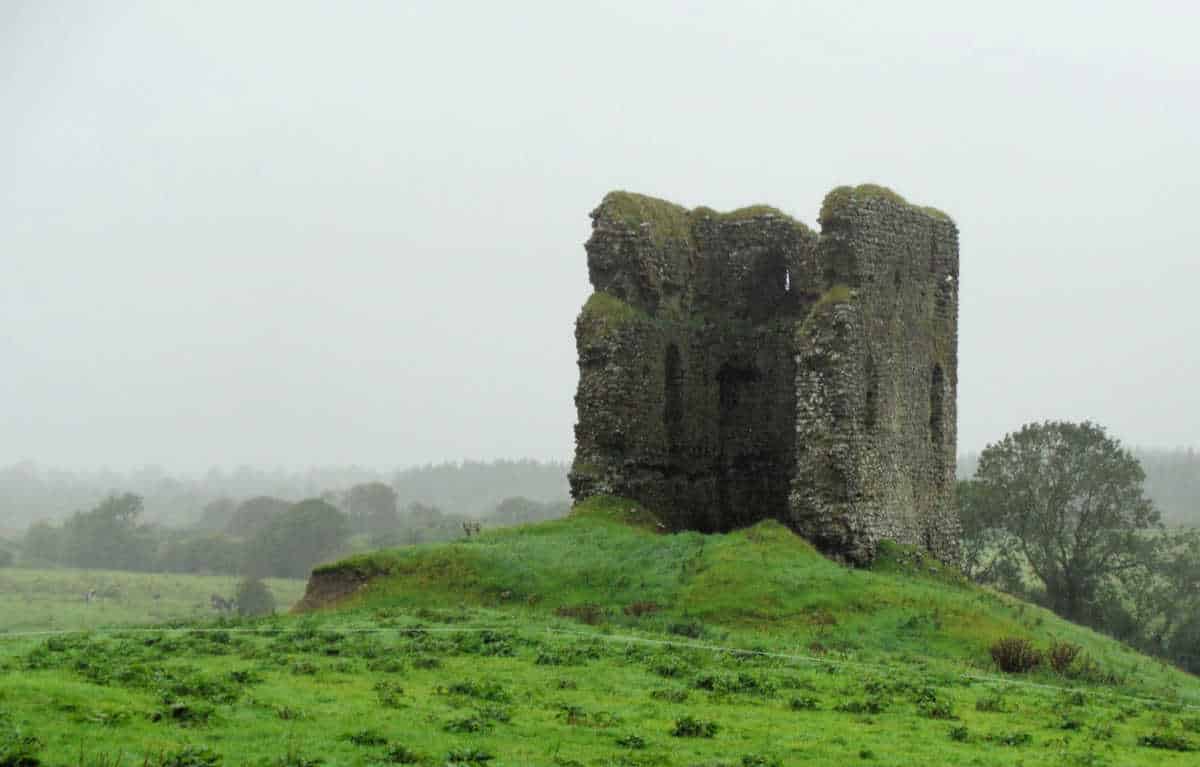 Almost all the land in Ireland is grazing land

Ireland wasn’t first on my list of anniversary vacation destinations. I’m not even sure if it was second, or third. Yeah, I was part Irish, or so I thought, but Scotland was at the top of my list, and had been ever since I can remember. So when Scott and I started talking about a 25th anniversary trip, Scotland was the obvious choice, Shetland specifically, Shetland forever. It’s how things usually go if you’re a horse kid – your first pony is almost certainly a Shetland. Sham, Dixie, Noodle. The ponies that helped raise us, and helped us raise our own kids.

My ties to Scotland were pretty strong. My parents were particularly proud of their Scottish heritage, a fact that I now look back at and realize that if they didn’t brag about being good Scots, they would have had to admit that they carried quite a bit of German blood, my grandmother on one side, and my great-grandfather on the other side. I guess it was something you didn’t openly proclaim with two world wars in rapid succession.

I remember hearing about the Japanese interment camps of WW2, and asking my mom how come they didn’t lock up Grandmom, since she was German, and Mom couldn’t answer me. And I remember Mom telling me that no one was allowed to speak German in her grandparent’s home, something that I attributed to a strong sense of patriotism, but now realize must have been fear. In fact, her grandfather went from being known as Johann, to being John.

And I recall taking with a co-worker, genetically Czech, about how our grandparents retained nothing of their countries of origin. I guess in some areas they do, but he and I both had grandparents that gave up their native languages, native foods, native customs, becoming flag-waving Americans, all baseball, hotdogs, apple pie and Chevrolet.

So I grew up with bagpipe music, kilts, and clans, even if I could never envision my grandfather in a skirt throwing around telephone poles. Gang Warily and Grace Me Guide, our family mottoes, lets go to a Scottish festival, and let’s keep the house at 65 in the winter, since we’re too cheap to spend anything on personal comfort. The Queen’s Guards, BBC, and tales of Blackbeard, possibly a distant relative. Drummond plaid. Forbes plaid. The world north of Hadrian’s Wall, because you sissy-ass Romans are a bunch of chickens.

I had heard a few stories about my Mom’s grandparents, German immigrants, but not too many. Anyway, kids don’t tend to pay much attention to things like that. I heard even fewer about my Dad’s grandparents. The Drummonds were most certainly from Scotland, the Smiths were from Germany, and all I knew about the Ports barely filled a sentence – Grandmom Port was from Derry.

Or maybe it was Kerry, something like that. I don’t know. It didn’t matter. She was from Ireland, making me part Irish, and hell yes, the Pogues, U2, The Cranberries, Dropkick Murphies. Give me a shamrock hat and let me drink green beer. Happy St. Patrick’s Day! Kiss Me, I’m Irish. I’ll sing that idiotic Unicorn song. Danny Boy. Too-Ra-Loo-Ra-Loo-Ra. There’s Whiskey in the Jar. Boogy ‘Til You Puke. Way more fun than eating haggis and reading Robert Burns in a freezing cold room.

I’ll admit to a few flaws in my thinking. At some point, I remember hearing the phrase Scotch-Irish, and just attributed it to the fact that part of my family was from Scotland, and another part from Ireland. No big deal. It could happen to anyone.

With some basic history knowledge, a podcast on the Highland Clearances, and the results of my brother’s Ancestry.com DNA test (I’m seriously too cheap to do my own), and it had all gone from some sort of text-book exercise to become something that hit a little closer to home – though I had ancestors from Ireland, none were Irish. The Ports, the Hendersons, the Forbes – evicted from their family lands in Scotland, to displace the local populations of Ireland. Two hundred years later, these people were still pissed. And these people were my family. 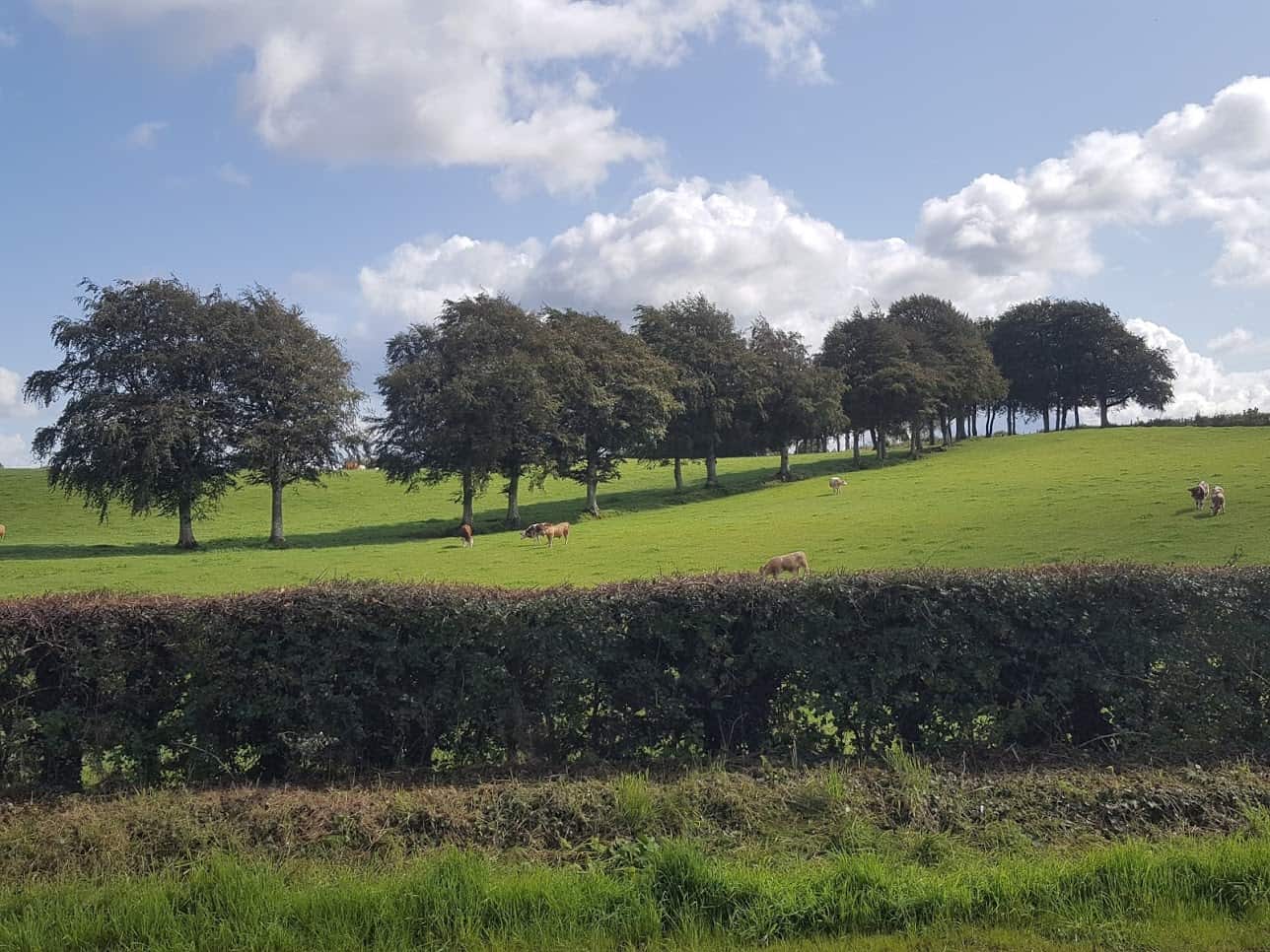 With mild temperatures and plenty of water, Ireland is a grazier's dream